Optioned Screenplays & TV Series:
1. The Right One (romantic comedy) Optioned twice, first by Swingin' Productions (pac with Millennium Films), and then by Urban Culture Films.
Note: Script also placed as a quarter-finalist in both the Nicholl's Fellowships and the Writer's Network Screenwriting Competition as well as a semi-finalist in the Illinois/Chicago Screenwriting Competition.
2. Valentine's Day (romantic comedy ensemble) Optioned by an independent producer with a director attached from The William Morris Agency.
3. Countdown (who-done-it political thriller) Optioned by Toolshed Films.
4. Giving (news/doc. TV show) Optioned by 8 of Hearts Entertainment (founder was former producer for Merv Griffin Entertainment).
Top 10 Most Popular Plays:
A Grimm Fairy Tale (musical comedy)
The Case of Bloody Murder at Sherwood Manor (comical dinner-theatre mystery)
Starmaker! (live variety show format)
When The Bell Rings (musical dramedy)
Trouble Brewing at Sumerville Academy (all female dramedy)
A Piece of Soap (comedy spoof)
Everybody (modern morality play)
Our Holiday Show! (one act play & holiday concert combined)
Judi Jackson, Live! (live talk show format)
Improv-it! (improv-styled variety show)
Note: 8 of these plays are published in The Chicago Alliance for Playwrights Directory.
Produced/Published Plays:
Has had 16 plays for children and teens produced all over the country in various theatres from Chicago, IL to The Fort Lauderdale Children's Theatre in Florida.
And, for those still curious...
About Your Muse...

Animal Motions (Children's Picture Book) published by Indigo River Publishing, April, 2013. Written by Melissa Pilgrim, Illustrated by Ira V. Gates.
Animal Motions Storybook App published by Authorly.com, April, 2014. Created by Melissa Pilgrim, based on her full, 32 page children's book.
Film & TV Experience
Book Publishing Experience
Theatre Experience
Theatre Director/Producer:
The Sheil Park Theatre: Artistic Director, Playwright (5 years)
Chicago Park District's Community Theater Program for Wrigleyville, Home of the Chicago Cubs
Directed and produced 22 original staged plays for children, teens, and adults.  Taught adult classes on playwrighting, which then turned into a successful Budding Authors Workshop that produced 8 new adult staged plays.  Several of these shows went on to be produced at larger theatres in the Chicago area as well as cities like New York and London.
Note: Melissa's unique talent of being able to revise a script as it was being directed scene-by-scene made her writing workshops a popular class for beginning playwrights and directors.  It also led to her becoming a sought-after script consultant to many aspiring playwrights, screenwriters, and novelists around the Chicago area and beyond.
Lincoln Park Children's Theatre: Founder, Artistic Director, Playwright (1 year)
In the Lincoln Park Zoo in Chicago, IL
Wrote, directed, and produced 6 original staged plays for children and teens.
Port Orange Children's Theatre: Assistant Director, Playwright (1 year)
Port Orange, FL
Wrote 5 plays and assisted the director in each of the 5 productions.
As a Book Editor:
* Has edited over 12 manuscripts for both traditional print book publications and ebooks in a variety of fictional and nonfictional categories.
* Has worked with authors who have self-published as well as gotten publishing       deals from traditional publishers.
* Has helped with the book launch, press kits, and P.R. campaigns of over half of these publications for exposure on the Internet, TV, radio, and print.
Note: One published print book, Intimate Wisdom, was awarded the Publisher's Choice and Editor's Choice Awards by its publishing company, iUniverse. 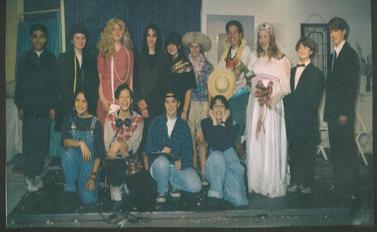 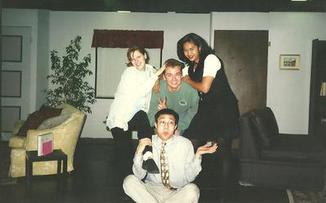 UNH Campus
Melissa in the
White Mountains
of N.H.
Melissa's passions in life are writing and inspiring others to write! 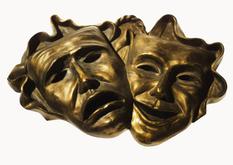 Sergeant Stubby in the Great War (Historical Fiction Novella)
By Melissa Pilgrim, Book Cover Art by Ira V. Gates
(Released November 27, 2019)
As an Author:
Learn More About These Books & Apps...
Click Here to Learn More about her Published Plays...
After gaining enough contacts and experience in all forms of entertainment from living all over the country, Melissa was able to move back to the beautiful White Mountains of New Hampshire where she grew up to concentrate on her own writing while she also continues to help others with their projects.  She now works with clients all over the globe through the internet as she helps them with their creative needs.
Melissa’s combined background of education paired with her many extensive years of experience working in theatre, film, TV, and prose writing gives her a specialized, unique way to approach each story and project.
So whether it's to find your next original project to produce or to get help with your own story, she looks forward to being your writing muse! 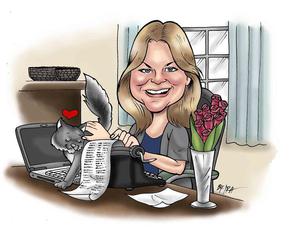 (Drawn by Ira V. Gates)
Learn More About These Books...

Writer for Hire Experience in Film & TV:
* Worked on a TV project for Martin Sheen's ESP Productions (pact with Warner Bros. Television) at Warner Brother’s Studio in CA.
* Has written full scripts, treatments, and series book bibles (often as a ghostwriter) for various independent film companies and producers from L.A. to N.Y.C.
* Judge for CineStory's Screenwriting Competition in Chicago (for 2 years) and for The Kingman Films International Screenwriting Competition in L.A. (for 1 year).
* Articles published in Script magazine, InkTip.com's newsletter, and Scriptapalooza's newsletter. (To read one, Click Here.)
* Certified to do script coverage by The American Film Institute after completing Donna Cooper's Coverage Workshop.
Note: Melissa co-sponsored the workshop at the Chicago theatre she ran along with CineStory from Columbia College. This led to her moving to L.A. where she worked for various companies doing coverage, story notes, and script doctoring.